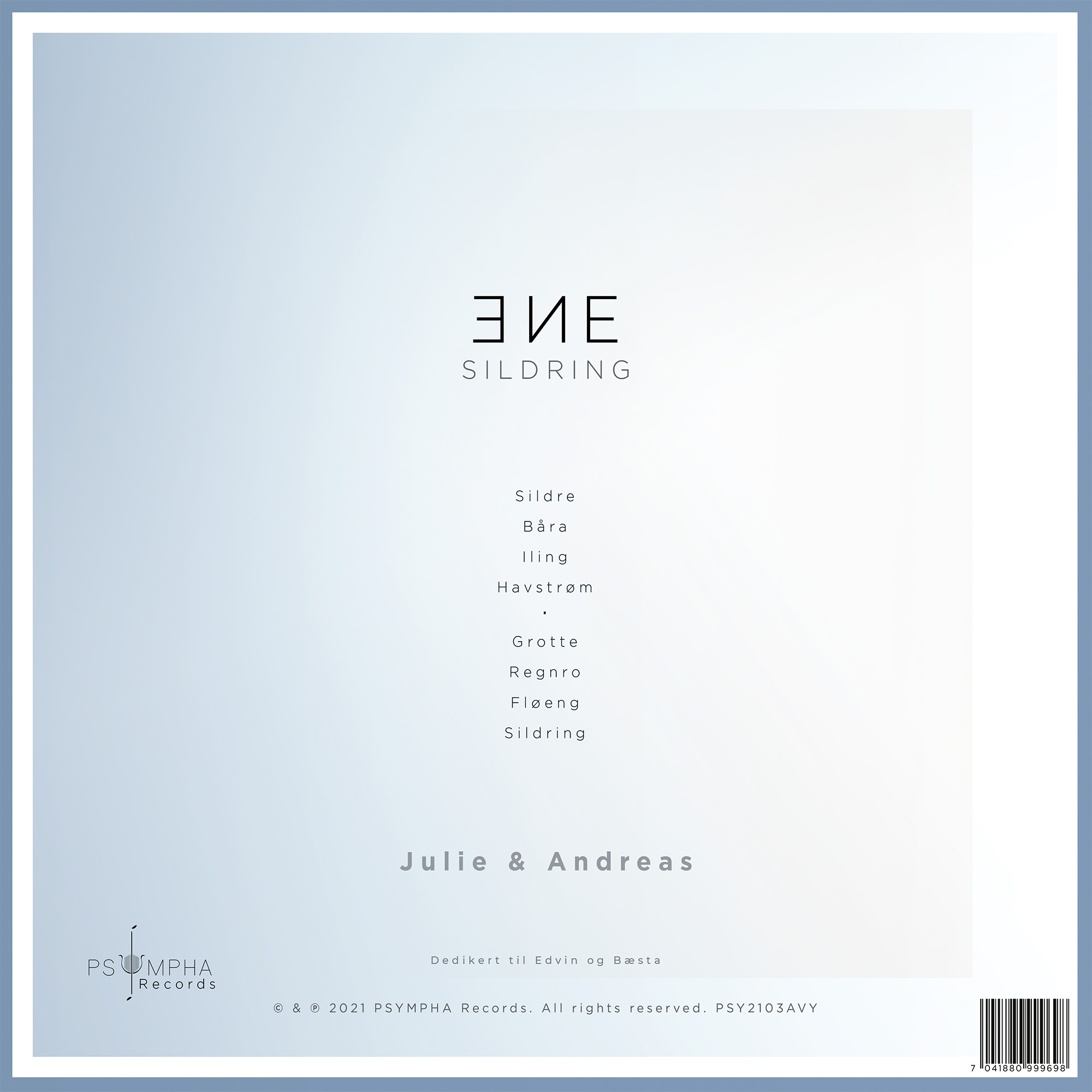 It appeared to us a fitting word to name our tribute:
But is that to unite into a single whole or to split into separates? To join in union or to tear asunder?
The story of Edvin and Bjørg encapsulates them both. And both meanings experienced to their extremes.
Their pair-bond, devotion; Their separation, tragedy.

[si`ldrə]
Wrapped in the beauty and wonders of an idyllic coast, Sildre delicately caresses young lovers being vulnerable with each other for the first time. Offering themselves. Opening each other. Being brave enough to share their secret hopes and dreams together and even having them embrace into a vision of their future. A naïve joy.

[si`ldrə]
An introduction to the simple and elegant melodies, beautiful in and of themselves, that are woven together throughout to dress this album.
The Destiny theme makes an entrance and this is important because it is going to return emotionally in the subsequent records.
One feature of Sildre is that it is in a 6/8 time signature but swaps to ¾ and this provides a novel and interesting feel due to the ambiguity of the beat. You can appreciate it both ways, and both are satisfying.

[Båra]
Of the delight in the husband’s eye and the blush of the bride. Only the commitment of powerful and majestic breaking waves rushing to reach the shore holds the same gravity and solemnity as of forging two souls in combination. A force combined, rejoicing in a real life to be shared!

[Båra]
We used many different placements of the harps and bandoneons; carefully planned and positioned throughout the chapel recording space in order to create the feel of a big ensemble filling the room rather than just the two of us. We did not want to pan the instruments digitally in post because we were trying to capture the complete acoustic temperature of the wooden Sula Kapel. Also, this is the first introduction of Julie’s own “fan harp” technique, which is easy to identify in the soundscape.

An island wife always with that nagging unease that something deep is stirring and that one day what sustains you may turn on you and wake you from this bliss.

[i:`liŋ]
This is our first complete field recording composition (written with the album producer). Julie finds unique expressions for the harp using various techniques to match Grotte on the second side. This also includes Julie’s “wind harp” playing where both she and nature collaborate. We were trying to allow the instrument parts in the song a more organic/natural feel to match the freedom of the included sounds of nature. The bandoneon breathes remind us of gasping for air while in deep water, as well as hints of breaching whales. The waves that viscerally engulfs the listener is us trying to capture the feeling of waking from a profound dream with a fright.

[ha:vstrøm:]
A joyous celebration of a seafaring life well lived. Our hero is out on the high seas seeking to make the family fortune. Dropped in the middle of the unfathomable vastness of the ocean expanse we are carried by the currents experiencing the sea in all its moods and glory. We are transported with our seafarer to many different oceans, ports and cultures. Visiting the South Seas, Argentina, the Celtic Isles and exotic lands unnamed. Sailing busy shipping lanes and even getting waylaid in the doldrums. But underneath there is a growing longing for home far away.

[ha:vstrøm:]
25/8 beat (recalled significantly in the second album) provides as very interesting dynamic feel. The pulse drags you forward and onward without being able to be reined in by an easy system – it is a bit wild and headstrong, deciding where it wants to go and leaving us holding on for the ride. In the second album when we follow grandfather on his voyages, this is the beat we use too.

[grå`t:ə]
On the leeward side of the island, sheltering in a dripping cave as a storm thunders outside, Death laments the burdens and responsibilities of shouldering destiny and fate. He is consoled by nature and the cave sprites. Finally, emerging as the storm subsides; his privilege is to escort heroes.

[grå`t:ə]
Once again the whole recording space was mic’ed up capture all the harps (3 different ones) in all the different locations – positioned in order to create the dripping cave atmosphere and mix seamlessly with the field recordings of various water drips and rain. Again we wanted to capture this with full acoustics live and not digitally manufacture the cave feel – and this lead to 161 tracks that our fantastic sound-engineer diligently polished. Thanks again Rob@Robtix.
Julie strikes the concert pedal harp throughout the piece to signify the crashing lightning and thunder outside the cave and we think it adds to the emotional poignancy.

[ræŋnro:]
Regnro means rain calm. That time after a rainstorm where the whole world feels fresh and cleansed, and where you see with different eyes and a new perspective. It is the time where the sky can hold two opposites, the retreating dark storm clouds and the emergent sun on a resplendent blue sky.
It is the time where you try to savour every blessing and every moment while not wanting them to pass. But knowing they will.
and do.
and have.
and are…

[ræŋnro:]
We wanted to create this piece as an atmospheric allowing for a period of calmer introspection, while also including small elements of surprise to pluck at the heart-strings too – including Julie’s “fan harp” and Andreas’ signature bandoneon tremolo.
This is the “calm before the storm” of Fløeng…

[flø:eŋ:]
Fløeng is a sudden intense storm – an unexpected squall.
We come upon Death striding fatefully with heavy steps. Our seafaring voyager is startled, somehow recognising the stranger, and is momentarily taken aback. Until realisation. The realisation that Death knows his name. And the pressure builds like the air before lightning strikes.
And this moment gets stretched beyond its limits as your bliss is torn from your grasp, but you are holding on and reaching with all your might and all your hope…
… in vain. And you’re engulfed in a whirlpool, swirling and disoriented, gasping for breath, fighting for the surface, but left washed up on the kitchen floor in silence as the message rides an ill wind.

[flø:eŋ:]
In this piece we use various tango techniques but in a non-tango time signature of 6/8 in order to try and build a nearly unbearable tension. And stretch this tension before a frantic release. The big bass notes of the concert harp sink the gravity of the song to such emotional depths. Until the harp rips the tension and harp glissandos whip us into the whirlwind and whirlpool.
Where the rest of this album was planned in very great detail, it is this piece that necessarily required a burst of unrestrained emotional turmoil to be able to embody the narrative, and this was achieved though Andreas’ one take phenomenal bandoneon lead. His lead starts in this left hand and passes earnestly to the right hand before “building vertically” until releasing “horizontally” as they say.

[si`ldriŋ]
Sildring is the overture, weaving all the threads of both sides of the album together. Each element happening at the same time and finding their right place. It serves as a bookend by recalling the first song Sildre. Where Sildre is in a more naïve major key, Sildring with all its experience has shifted into a more mature minor key. One moment to adore is the unexpected prolonged pause before reaching the tonic and ‘home.’ In this stretched moment, everybody knows what’s coming, everybody knows that they want it resolve, BUT in that pause there lays the question will it resolve happily or tragically – and the yearning is all wrapped up in that moment…

Our grandfather Edvin, Bæsta’s first husband, whom we wish we could have met and known.

Our amazing grandmother ‘Bæsta’ Bjørg, who always laughs the loudest and brightens the world with her consideration for her fellow humans. 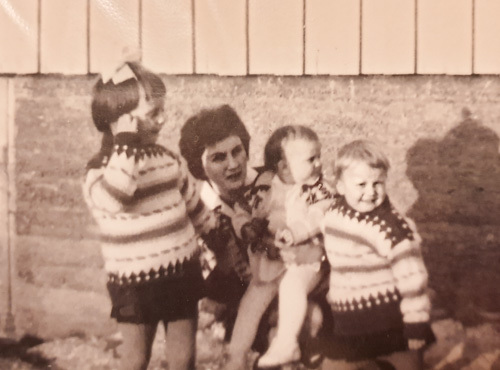 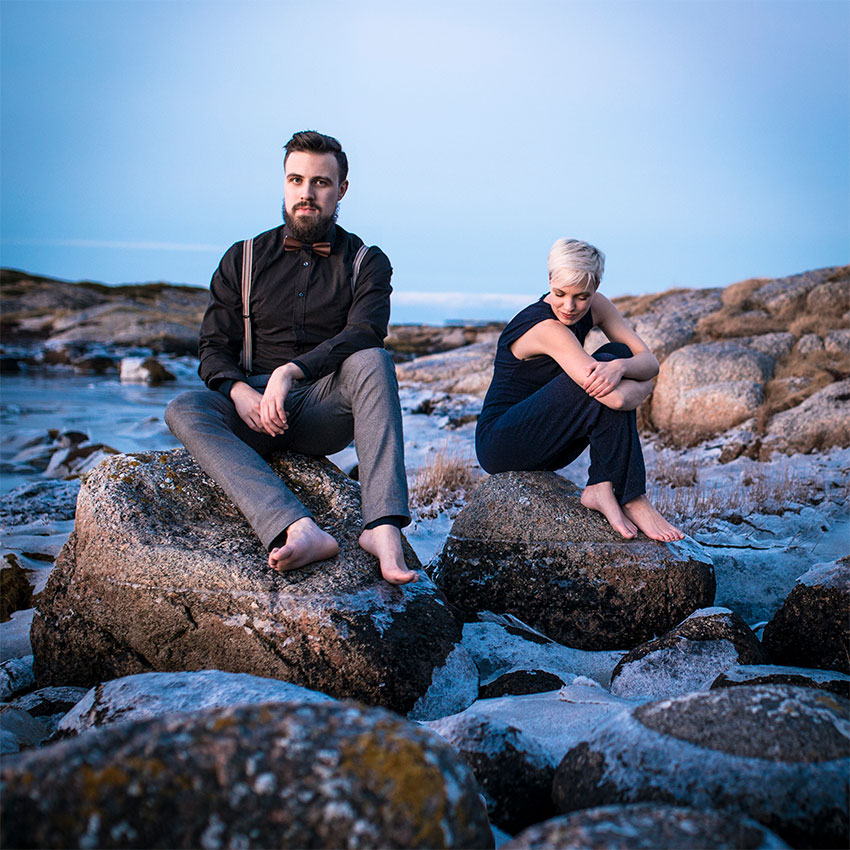 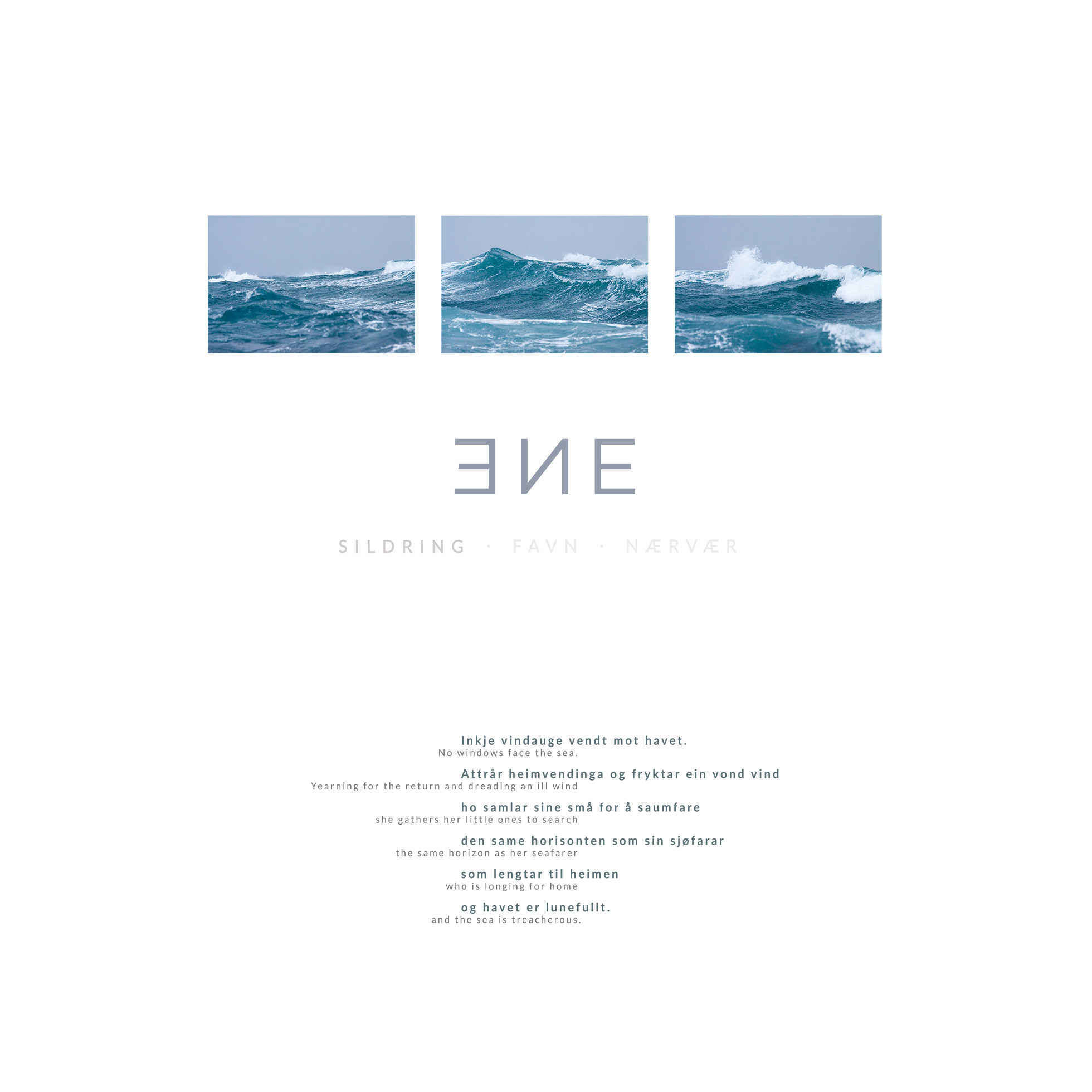 Artwork for Sildring single (shown below)

Artwork for Havstrøm single (shown below)

Second album of ENE trilogy:
Hero’s story
for the Heroine

Third album of ENE trilogy:
Herioine’s story
for the Hero 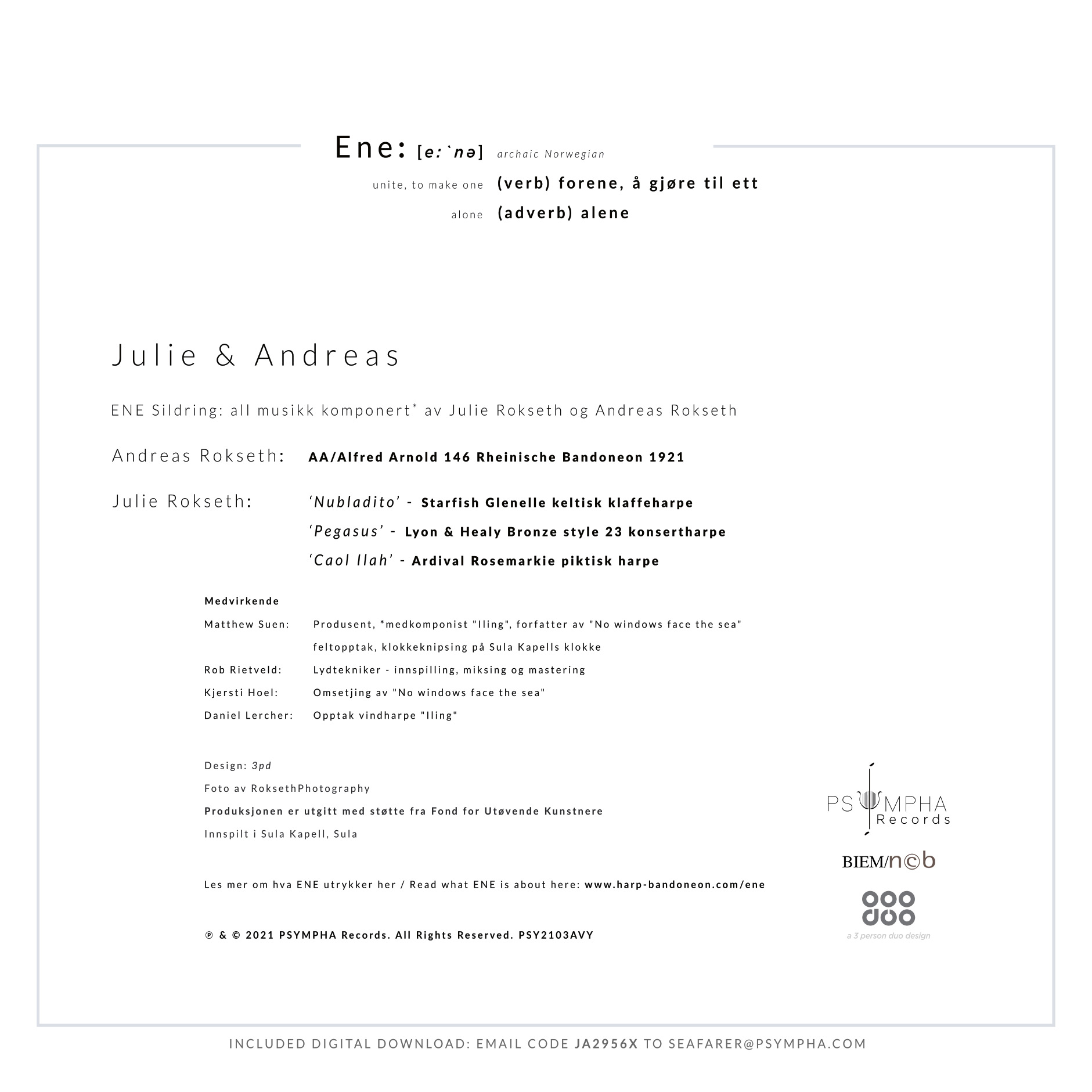 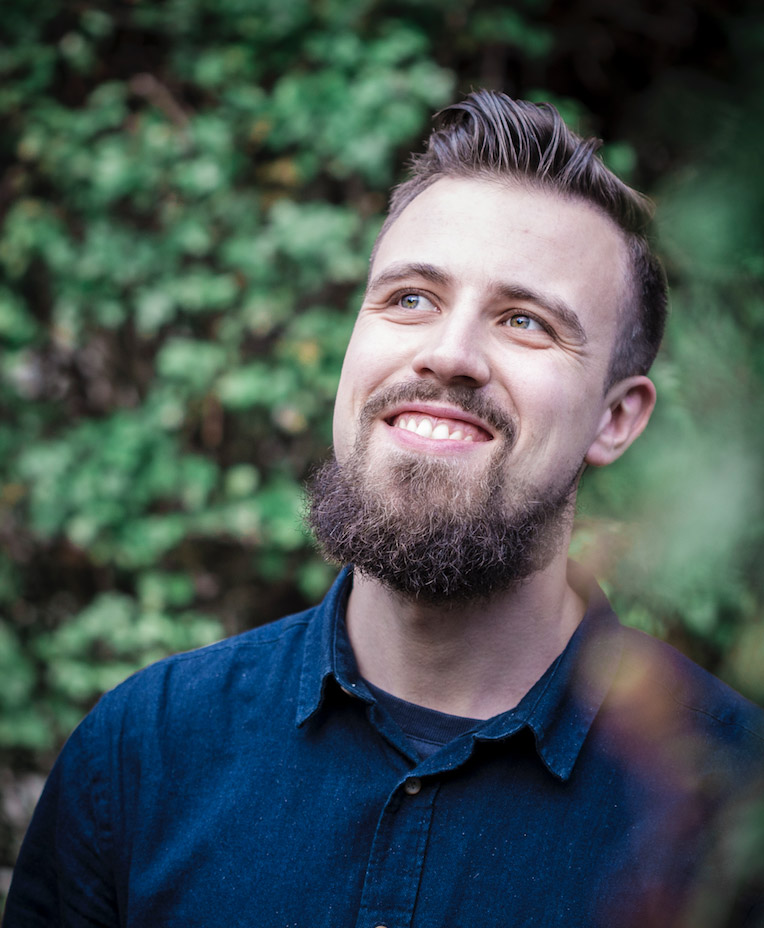 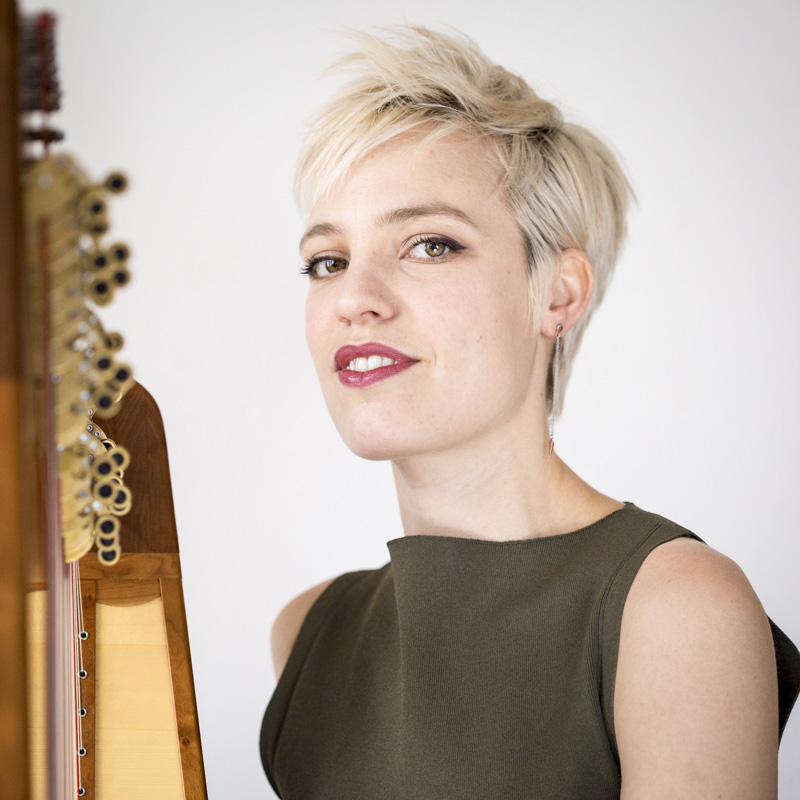 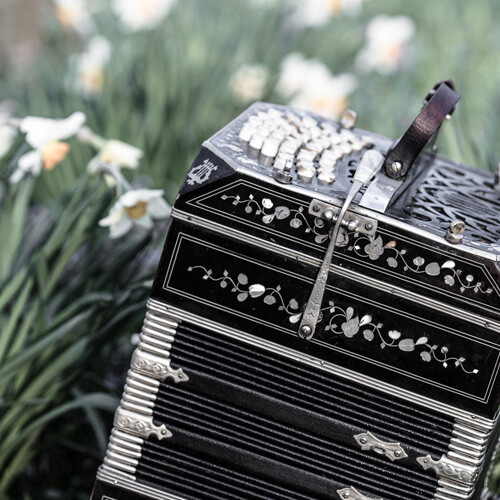 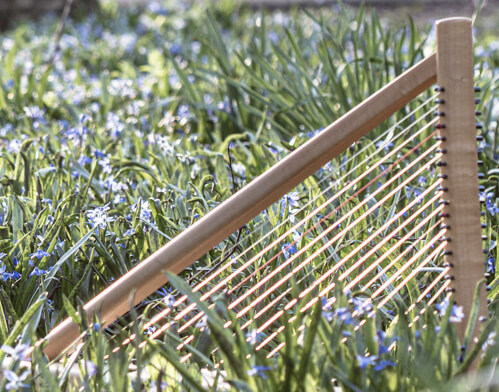 Producer
co-composer Iling
author of "No windows face the sea"

Poetic translation of "No windows face the sea"

Recording of wind harp for "Iling".

Design: 3pd
Photography by RoksethPhotography
This production is released with support from "Fond for Utøvende Kunstnere"
Recorded in Sula Chapel, Sula 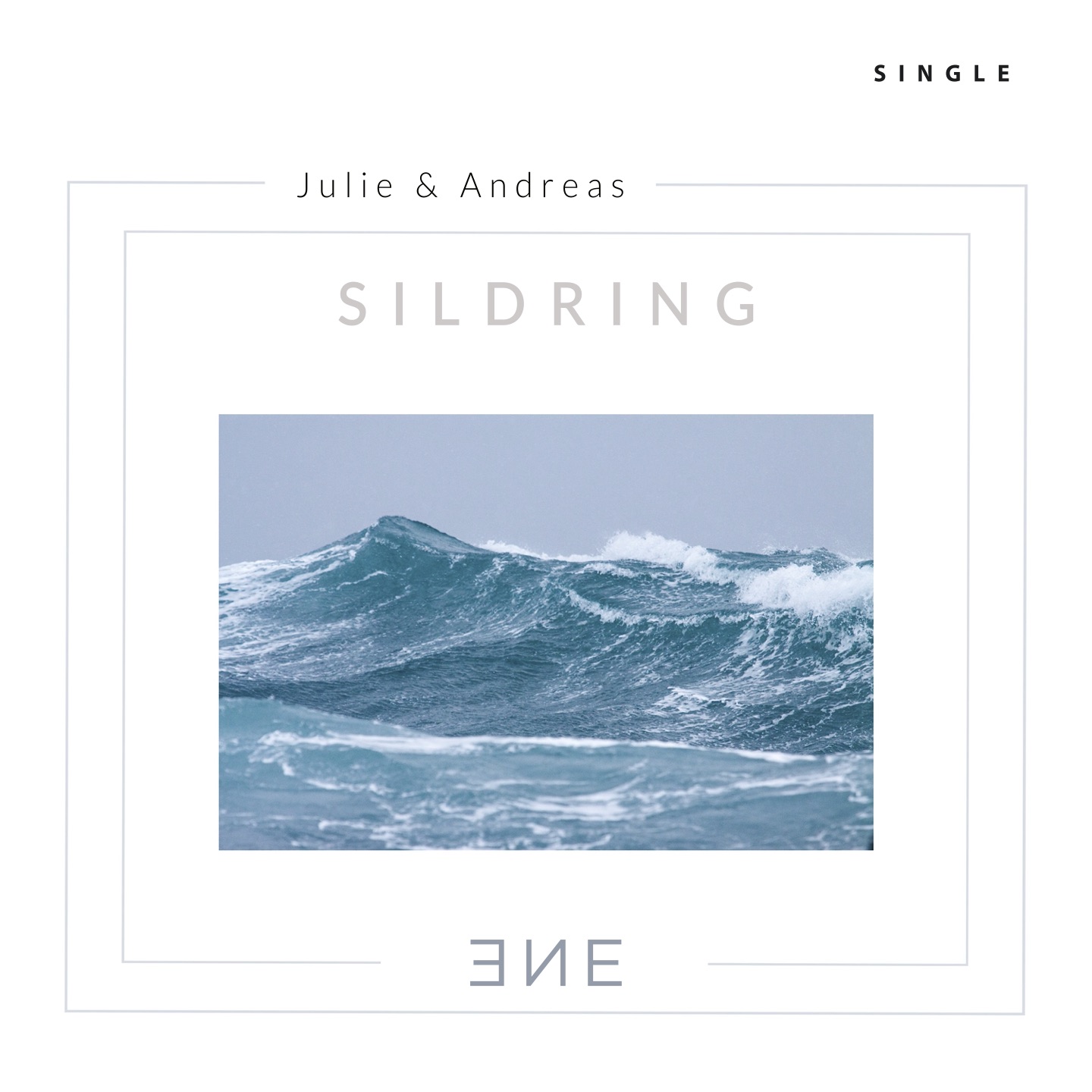 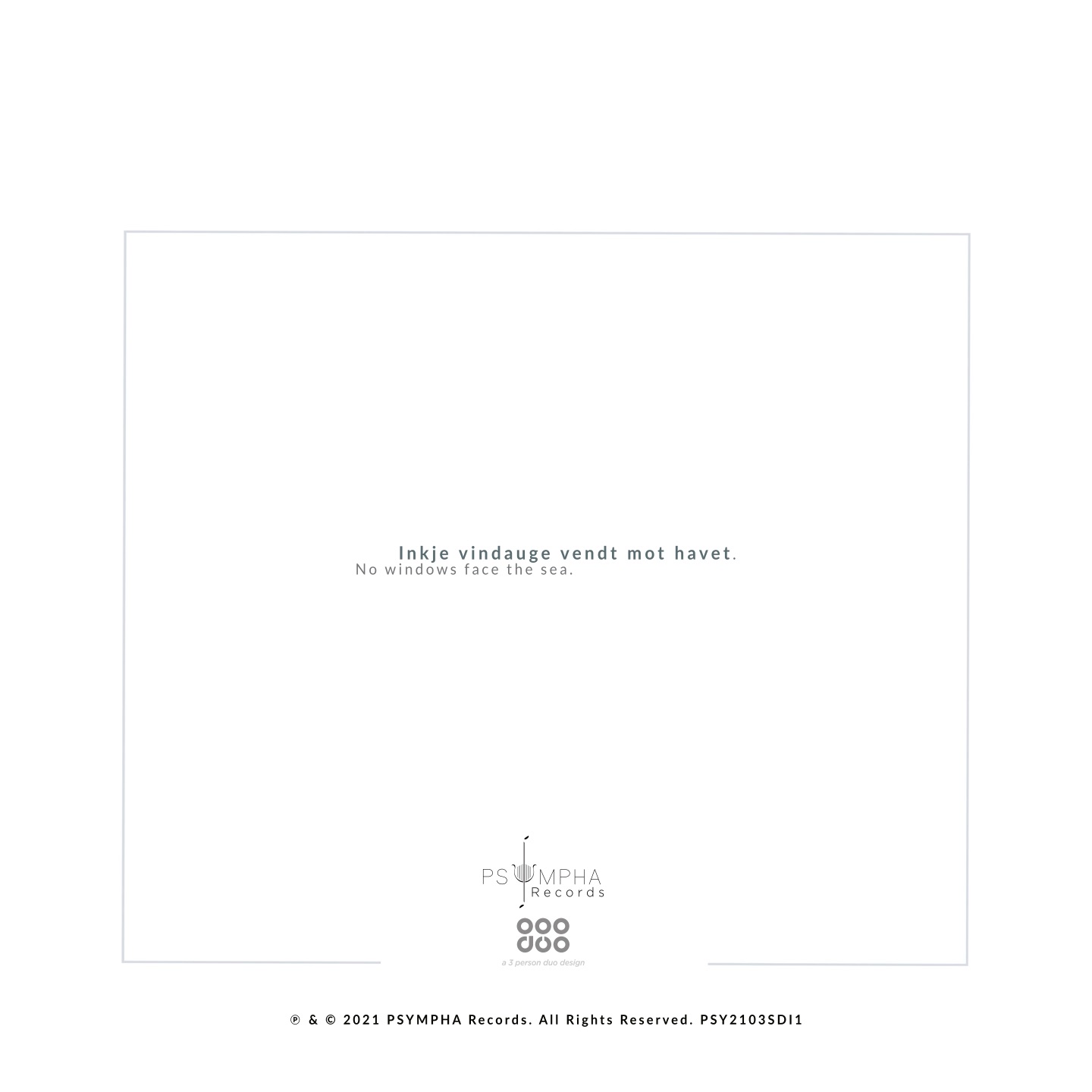 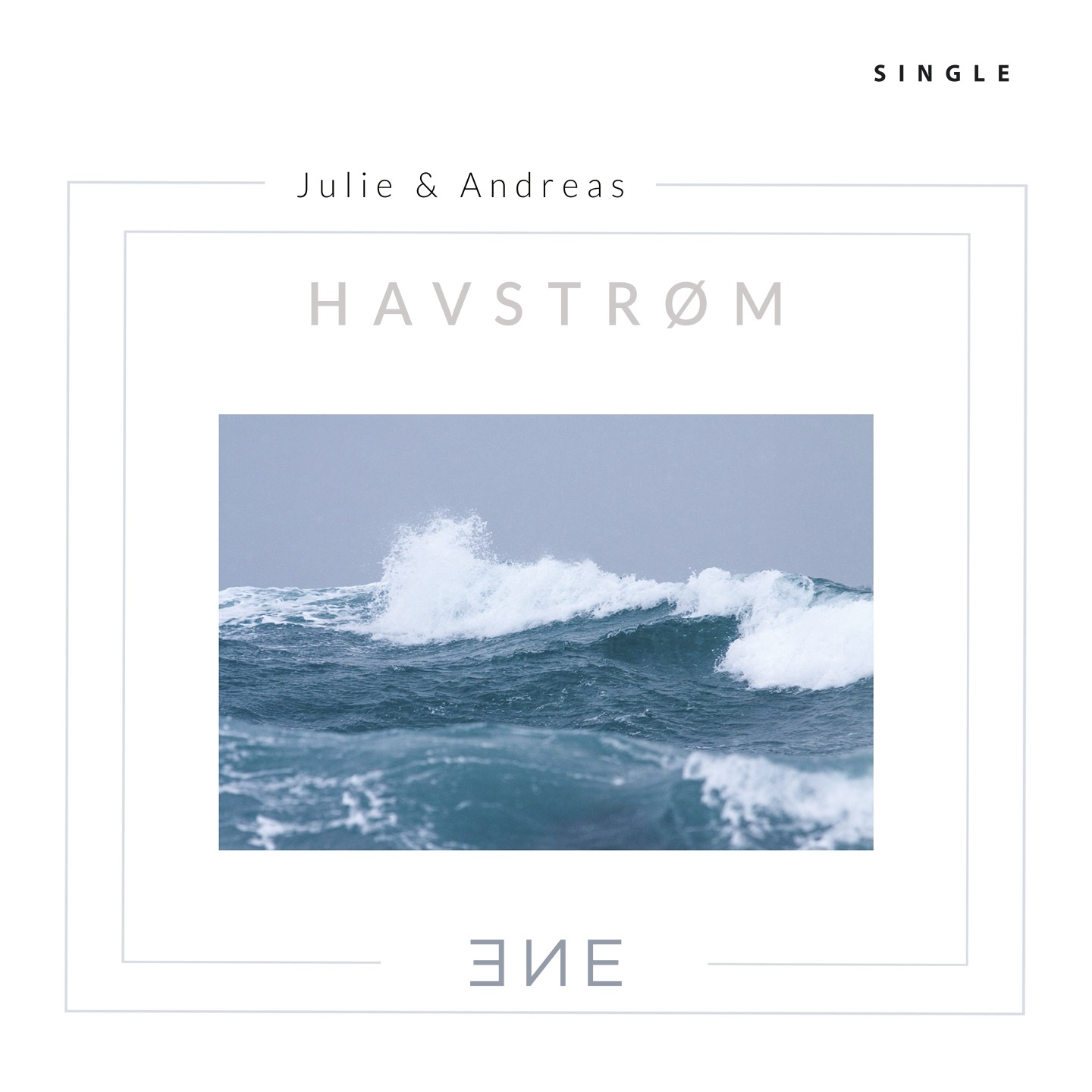 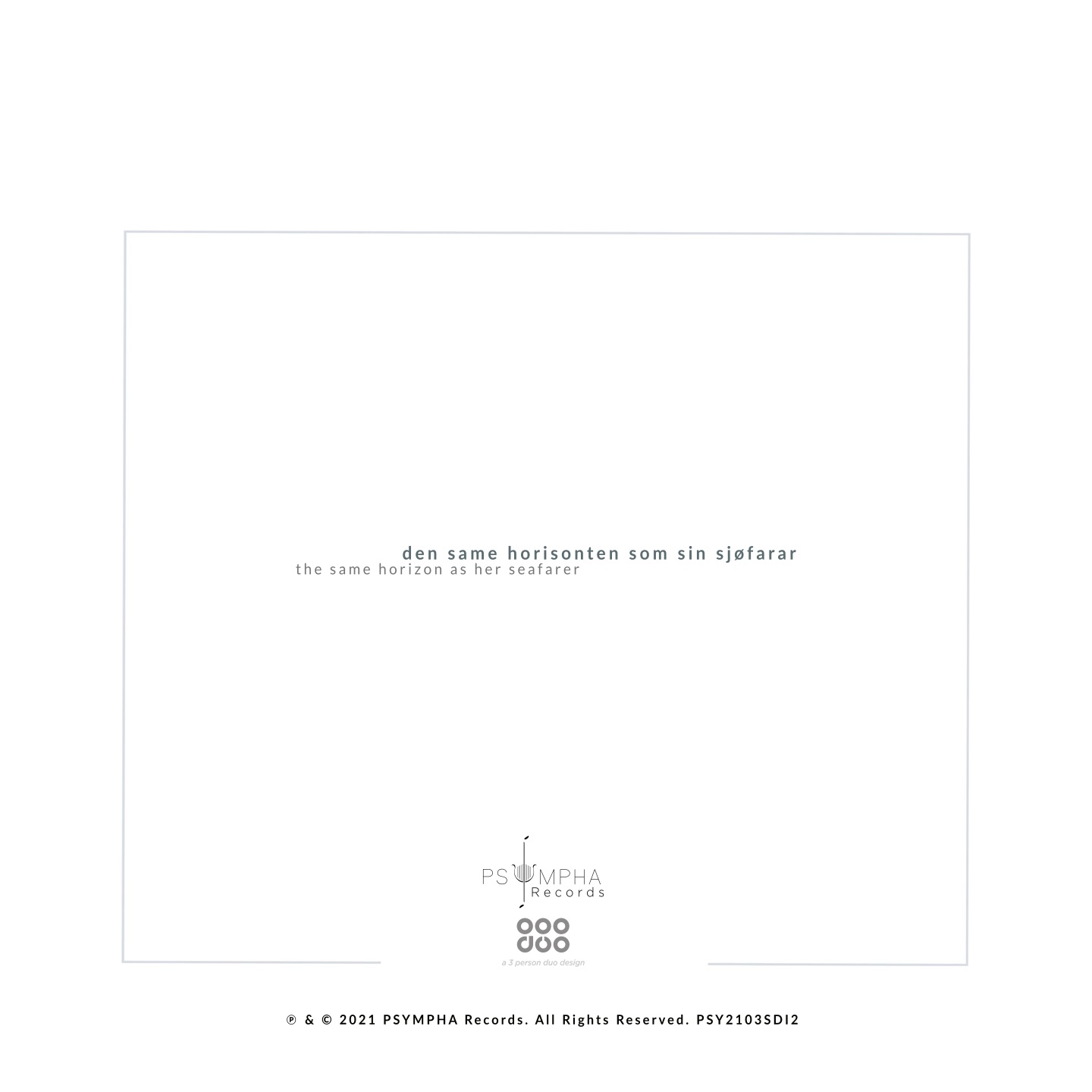 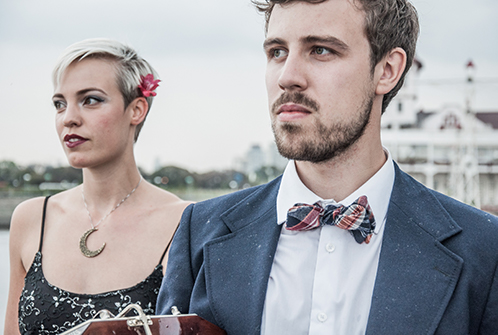 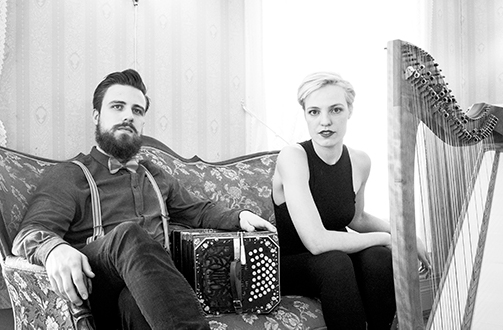 This web page is only available for large screen sizes (ie laptops and computers). If you don't have one at hand, you are very welcome to read more about ƎИE via this link.